Charlotte, NC- October 8, 2014 – Eastwood Homes was named one of the top 100 privately held companies in North Carolina by Grant Thornton, LLP.  The list of companies, published in the October 2014 issue of Business North Carolina Magazine, highlights only privately held businesses.  Eastwood Homes holds the 52nd position, which is a significant gain over their 2013 ranking in the 60th position.

This is the second year for Eastwood Homes to appear on the list, a clear indication of company growth.  Eastwood Homes was founded by Joseph K. Stewart in 1977. During the 37 years that Stewart and his team have been building new homes, the company has celebrated continuous and calculated expansion throughout the Carolinas.  In addition to its first and largest division in Charlotte, the company operates in Charleston and Greenville, South Carolina, and Raleigh and the Triad Area in North Carolina.  In mid-2013, Eastwood Homes celebrated the grand opening of its first division outside of the Carolinas, in Richmond, Virginia.  The company anticipates further growth both within existing divisions and in new regions with both Joe and his son Clark Stewart at the helm.

Joe Stewart commented on the recent recognition of Eastwood Homes, “It’s an honor to see Eastwood Homes among the ranks of such widely recognized North Carolina businesses. The entire team at Eastwood deserves to be recognized for this success because their hard work and determination have put us on the map.  Clark and I are fortunate to have such a talented team helping to make this growth possible.”

For more than 25 years, the Grant Thornton North Carolina 100® (NC100) has ranked the state’s largest private companies. Inclusion in the NC100 is voluntary, and rankings are based on revenue in the most recent fiscal year. To be considered, companies must be headquartered in North Carolina, may not be a subsidiary of another company, and cannot have publicly traded stock. Nonprofit, financial services, and healthcare companies are excluded from the ranking, however, companies owned by private equity are allowed. NC100 recognizes the tenacity, grit, staying power, and business acumen required to be among the 100 largest privately-owned businesses in the state. This exclusive award identifies and celebrates the successes of dynamic privately-held businesses that have unlocked their potential for growth. Nominations for the award were received between May 15 and July 30. Survey results are published in the October issue of Business North Carolina magazine. For more information, visit www.GrantThornton.com/NC100.

Thornton International Ltd and its member firms are not a worldwide partnership, as each member firm is a separate and distinct legal entity. In the United States, visit Grant Thornton LLP at www.GrantThornton.com.

Eastwood Homes Awarded at Parade of Homes Breakfast in Richmond

Residential home builder, Eastwood Homes was recognized with two awards at the Home Builders Association of Richmond (HBAR) Annual Parade of Homes Breakfast on October 1st. The Parade of Homes takes place from October 4th through October 19th and features more than 70 homes throughout the greater Richmond area.

Constructech Magazine recognized Vision Award Winners during an event held at the Sofitel San Francisco Bay. Eastwood Homes was recognized with a GOLD award in the category of Builder/GC Residential $101 million to $250 million. 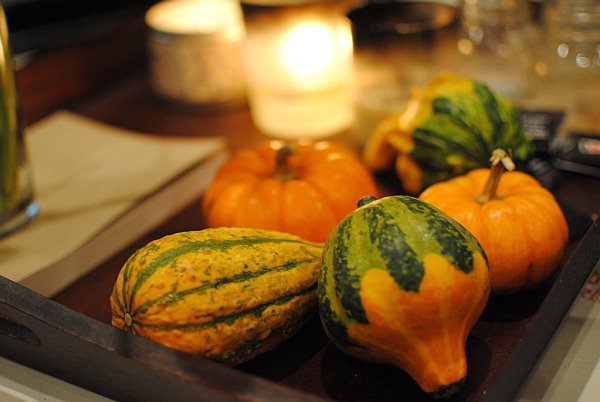 Eastwood Homes builds in the South, and we LOVE Southern Living Magazine! We also LOVE fall! And this month, Southern Living is featuring “72 Fabulous Fall Decorating Ideas.” You can check out the whole list on their website. We summarize our favorites from the list for your enjoyment.