Charlotte, NC- October 12, 2016 – Eastwood Homes was named one of the top 100 privately held companies in North Carolina by Grant Thornton, LLP for the fourth consecutive year.  The list of companies, published in the October 2016 issue of Business North Carolina Magazine, highlights only privately held businesses.  Eastwood Homes holds the 41st position, which is a significant gain over their 2014 ranking in the 52nd position.

This is the second year for Eastwood Homes to appear in the top 50, a clear indication of company advancement. Eastwood Homes was founded by Joseph K. Stewart in 1977. Over the past 39 years, the company has celebrated continuous expansion throughout the Carolinas. In addition to their first and largest division in Charlotte, the company operates in Raleigh and the Triad-Area of North Carolina, Charleston and Greenville, South Carolina, and Richmond, Virginia. The company anticipates further growth both within existing divisions and to new regions with both Joe and his son and business partner Clark at the helm.

Alongside expansion, Eastwood Homes remains committed to ensuring that every home is Built with Care and maintains an unrelenting focus on their core competencies. The entire team at Eastwood Homes is dedicated to conducting business in accordance with their Mission Statement. “Driven by integrity and our core values, we build homes of exceptional value and outstanding craftsmanship while delivering unparalleled customer service.”

The business model outlined in the Mission Statement has proven to be successful.  Eastwood Homes has been recognized and has achieved numerous accomplishments in the past several years. Most recently, Eastwood Homes celebrated closing their 15,000th home since the company opened in 1977.  Additionally, the company has previously been named Builder of the Year by the Charlotte Home Builder’s Association and received a gold award for Best Community Outreach for their partnership with local Levine Children’s Hospital. Eastwood Homes will likely continue to rise among the ranks on the Top 100 Privately Held Businesses in North Carolina list as the company continues to expand their operations while maintaining a focus on their core product lineup, successful business model, and dedication in giving back to the community.

Clark Stewart commented on the recent recognition of Eastwood Homes, “It’s a privilege to see Eastwood Homes among the ranks of such highly respected North Carolina businesses, especially with many of the featured companies specializing in the construction industry. This not only demonstrates our continuous growth in dedication for excellence, but speaks to the rebound of the construction sector as a whole.  It’s great to see this resurgence in both residential and commercial construction. Joe and I are very fortunate to have such a dedicated team helping to continue to grow our footprint in the Southeast.”

For more than 25 years, the Grant Thornton North Carolina 100® (NC100) has ranked the state’s largest private companies. Inclusion in the NC100 is voluntary, and rankings are based on revenue in the most recent fiscal year. To be considered, companies must be headquartered in North Carolina, may not be a subsidiary of another company and cannot have publicly traded stock. Nonprofit, financial-services and health-care companies are excluded from the ranking, however, companies owned by private equity are allowed. NC100 recognizes the tenacity, grit, staying power and business acumen required to be among the 100 largest privately-owned businesses in the state. This exclusive award identifies and celebrates the successes of dynamic privately-held businesses that have unlocked their potential for growth. Nominations for the award were received between May 1 and July 15. Survey results are published in the October issue of Business North Carolina magazine. For more information, visit www.GrantThornton.com/NC100.

The Richmond Division of Eastwood Homes is pleased to support a local Petersburg veteran by donating a newly built ramp to improve mobility. Last month, Channel 12 On Your Side featured 74-year-old widow and Army veteran, Rowena Carter, reporting on her battle to leave her own home each day. Due to poor leg circulation and an injured knee, Carter struggled to walk up and down her own porch steps. Her fellow veterans in the Richmond area called 12 On Your Side to share her struggles with the community and request help on her behalf. The Richmond team of Eastwood Homes caught wind of the request and jumped at the opportunity to support the Petersburg veteran. 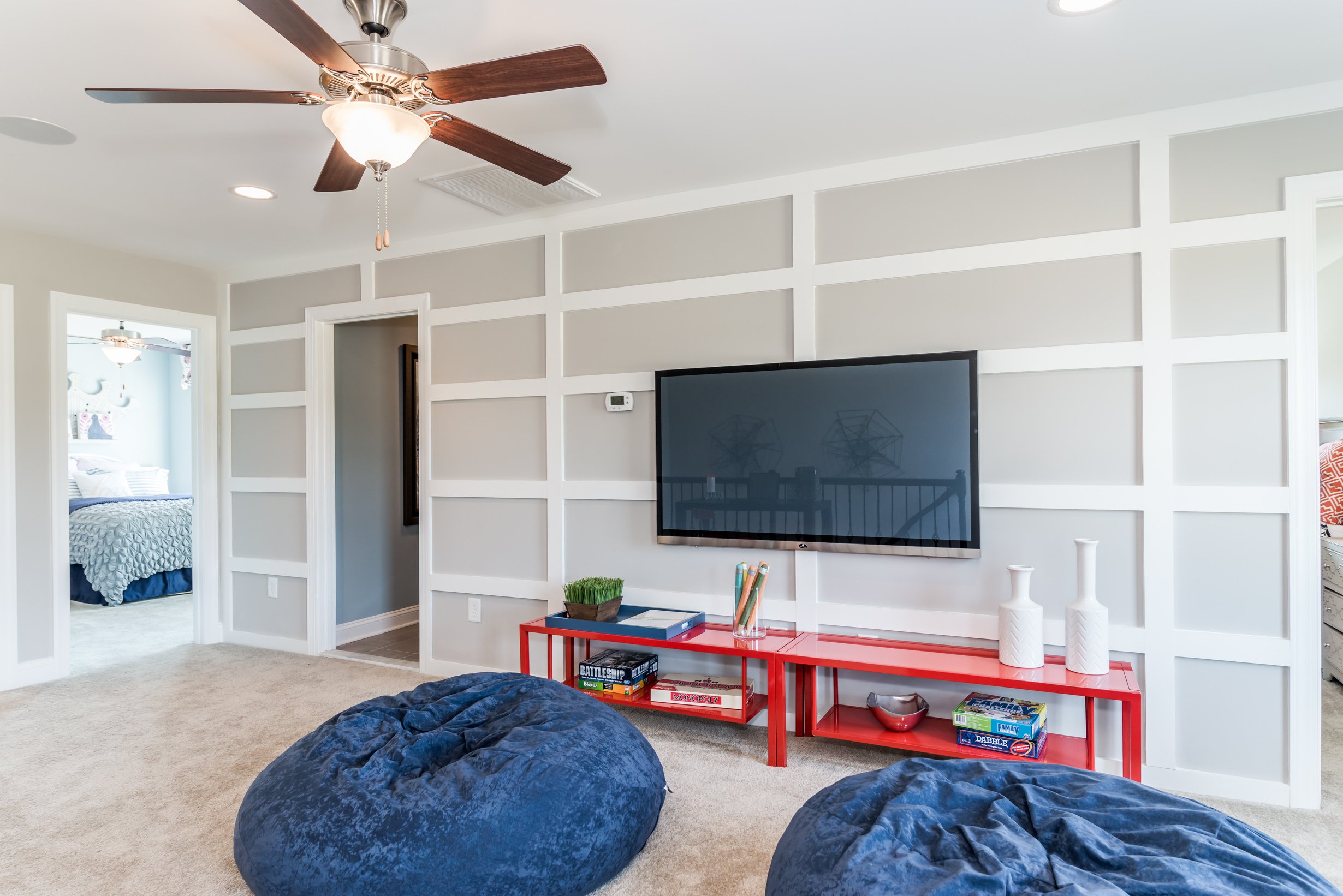 Is a Finished Basement or Third Floor Right for You?

Over the years, we have seen a rising trend of finished basements in new homes. When you’re lucky enough to have the opportunity to build a new home, you are invited to choose different options, such as a finished basement or finished third-floor flex space, and create the home of your dreams. Whether you’re building a new home with a custom builder, or a semi-custom builder, like Eastwood, it’s good to know your options. So is a finished basement or third-floor flex area right for you? Do you need the extra space? Here are a few ways how you can transform your basement or third floor into a cool and functional space that everyone will love!